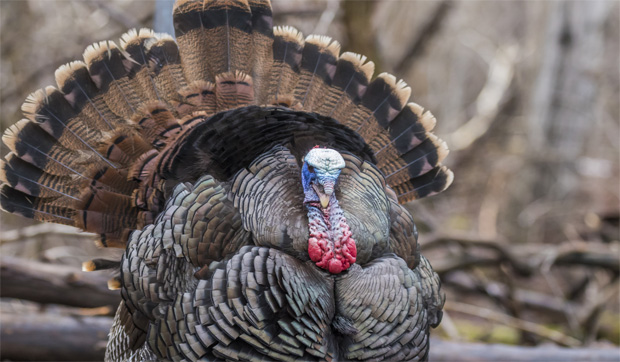 The wild turkey, Meleagris gallopavo, was never a candidate for our nation’s symbol, but it did help Benjamin Franklin advance his study of electricity.

You’re probably thinking that this week’s Good Natured topic is turkeys. And why not? It’s Thanksgiving, right? But rather than a full-on exploration of Meleagris gallopavo, I’d like to instead take a look at this iconic bird as it relates to one of our nation’s most famous historic figures: Benjamin Franklin.

His status as a Founding Father is probably his biggest claim to fame, but many sources also reference him as a polymath-“a person of wide-ranging knowledge or learning.” Besides being a statesman and a diplomat, ol’ Ben was a scientist, an inventor, a writer, a publisher…the list goes on.

But you know what he wasn’t? A proponent of making the wild turkey our national symbol.

You might have heard the rumor-and really, that’s all it is-that Ben Franklin favored the turkey over the bald eagle. In a letter, apparently unsent, to his daughter in 1784 he wrote:
“For my own part I wish the Bald Eagle had not been chosen as the Representative of our Country. He is a Bird of bad moral Character. He does not get his Living honestly. You may have seen him perch’d on some dead Tree near the River, where, too lazy to fish for himself, he watches the Labour of the Fishing Hawk [known today as the osprey]; and when that diligent Bird has at length taken a Fish, and is bearing it to his Nest for the Support of his Mate and young Ones, the Bald Eagle pursues him and takes it from him. With all this Injustice, he is never in good Case but like those among Men who live by Sharping and Robbing he is generally poor and often very lousy. Besides he is a rank Coward: The little King Bird not bigger than a Sparrow attacks him boldly and drives him out of the District.”

In that same letter, Franklin noted that “…the Turkey is in Comparison a much more respectable Bird, and withal a true original Native of America. Eagles have been found in all Countries, but the Turkey was peculiar to ours, the first of the Species seen in Europe being brought to France by the Jesuits from Canada, and serv’d up at the Wedding Table of Charles the ninth. He is besides, tho’ a little vain and silly, a Bird of Courage, and would not hesitate to attack a Grenadier of the British Guards who should presume to invade his Farm Yard with a red Coat on.”

Ah, but what sounds like an indictment of the bald eagle, and an endorsement of turkeys, is really just another example of Mr. Franklin’s fine wit. He was writing, as he often did, with tongue planted firmly in cheek, not about our nation’s Great Seal, but rather the design of a seal of The Society of the Cincinnati, a group by and for members of the Continental Army and their descendants.

Franklin felt that the group’s plan of allowing future membership to be hereditary was too much like the culture of aristocracy and inherited wealth that his new nation had fought to escape. As such, he decided to take a couple of pokes at their insignia, which featured what was supposed to be a bald eagle. Apparently some of the details were a little off, and the result was a bird that looked “too much like a Dindon, or Turkey,” Franklin wrote.

So there you have it. Over time, Ben Franklin’s eloquent words were simply taken out of context. He knew birds, and was well acquainted with the characteristics of both eagles and turkeys. But he never campaigned for the latter to replace the former as our nation’s symbol.
He was, however, fond of turkeys for other reasons. Namely, they tasted good. They were also readily available subjects for another of his passions, scientific experimentation.

Around 1745, Franklin began tinkering with electricity, with early trials aimed at creating enough current to kill chickens and, yes, turkeys, for food. In a 1750 letter to a friend and fellow scientist he wrote, “I conceit that the Birds kill’d in this Manner eat uncommonly tender.”

Smaller birds fell relatively easy, but bigger birds like turkeys required a considerably larger jolt-a sensation Franklin himself experienced when he accidentally got his wires crossed. In his own words: “I have lately made an Experiment in Electricity that I desire never to repeat. Two nights ago being about to kill a Turkey by the Shock from two large Glass Jarrs containing as much electrical fire as forty common Phials, I inadvertently took the whole thro’ my own Arms and Body.”

Franklin was sore for a few days but soon recovered, proving to friends and family that he was one tough bird. His appetite for knowledge unharmed, he went on two years later to conduct the famous kite-flying-in-a-thunderstorm experiment, confirming that lightning is electric in nature.

I hope you’ve found this little journey into history, if not shocking, at least enlightening. Happy Turkey Day!