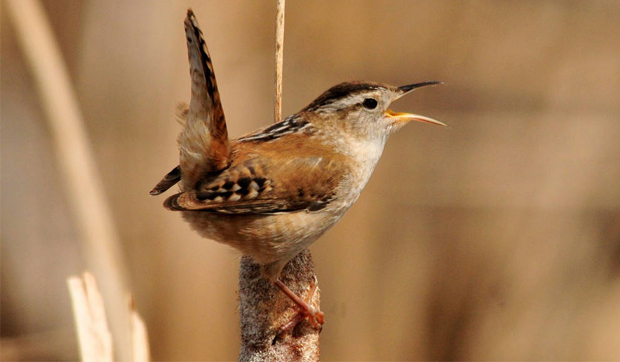 When was the last time you got scolded?

I can recall, as a kid, how pretty much every Great Idea my friends and I had would end up with just such a reprimand. The scolder would usually start with the classic “Hey you kids!” and continue on to detail exactly what it was we were doing wrong, why we shouldn’t be doing it, and what would happen should we ever decide to try it again.

I remember our neighbor Mrs. Reed scolding us for climbing her tree and picking apples, and the lady down the street getting after us for picking up horse chestnuts. We were admonished for wading across the lagoon at Northside Park in Wheaton; for climbing onto our grade school’s roof to retrieve a tennis ball; and for dumpster diving for castoff treasures when the school was being remodeled. (In the case of the latter, we may have gotten our wrists slapped, but it was totally worth it. Our haul included some wood for some scooters we were building and two-count ’em, two!-metal cases with microscopes that were broken but still looked really cool.)

At any rate, now that I’m well into my fourth decade as a grownup, the scoldings seem to be slowing down just a bit. A caution here, a talking-to there, but all in all I manage not to ruffle too many feathers as I go about my business. That is, until last week, when I got the tongue-lashing of a lifetime. Not once, but twice. From a marsh wren.

As we did for so many weeks this fall, we were holding wetland ecology classes at Otter Creek Bend Wetland Park in St. Charles. The first scolding occurred during a field trip for the environmental science students from Hersey High School in Arlington Heights; the second happened with a group of fifth graders from Lincoln School in St. Charles.

That first time, it took me a minute to figure out what was going on. I was probing along the side of the marsh with dipnet when a squeaky trill erupted from the cattails. I honest to gosh thought it was a tiny motor with a tiny belt that was slipping. But there were no tiny vehicles to be found.

I poked around some more, and the squeaky trills increased. In fact, they seemed to be moving closer. I was definitely being scolded!

Now here’s where my years of getting yelled at really came in handy. Besides the neighbors and school officials, I was regularly scolded by house wrens nesting in our backyard. The sound I was hearing there in the marsh sounded nothing like a house wren’s rattles and chatters, but the persistence was the same. Though I’d never actually seen a marsh wren, I was pretty sure that’s who we’d upset. I just needed a look-see to confirm.

There was just one-well, actually, a few, problems. The cattails at Otter Creek Bend have grown particularly dense over the last decade, and peering between them is easier said than done. Also, have you ever been cut by a cattail? It’s no fun. The muck on the bottom of the marsh is quite deep too, so getting mired was a distinct possibility if I stood in one place too long. Yet I didn’t want to move too much for fear of unduly disturbing our quarry.

So there I was, trying to be conscientious, and stealthy-in chest waders, no less-poking amid the cattails whilst trying not to get sliced by the blades. The scolding didn’t let up, and neither did I. As I nudged my way through the tall, flat leaves I looked up in the direction of the sound and…Crikey! There it was!

For a split second we stared at each other. A torrent of squeaky bird swears flew from its beak as it gave me all the stink-eye its little 5-in. self could muster. Its glare was accentuated by a light line just above the eye, and its tail was cocked upward in that sassy way wrens have. How dare I enter its domain!

I should have honored its behest to just move the *bleep* away but instead I started fumbling around in my waders, trying to find my phone so I could snap a quick picture. In the 3 seconds or so it took for me to realize that no photos would be possible that day, it flitted away. The scolding continued, but from points so deep within the cattails that only the muskrats, and maybe a few frogs, would be able to access it.

A few days later, the scenario repeated itself. Kids splashing in the marsh, me bumbling along in my waders, and a marsh wren squeaking and scolding nonstop. Was it the same individual as before? I will guess yes, but really have no way of knowing for sure. We were in a slightly different spot, but not more than 50 yards or so from where the first encounter took place. And the scolding was every bit as relentless.

Back in the office, I did a little reading on our feisty little friend. Words like boisterous, fierce and, my favorite, pugnacious, were used to describe the bird the Kane County Audubon checklist considers rare for this area. Like the house wren, the marsh wren feeds on insects and staunchly defends its breeding territory, destroying the eggs of other birds-not just other wrens-nesting nearby.

Had the Otter Creek Bend marsh wren spent the summer there, raising its brood? It might have. But it may also have just been on a layover during fall migration. I know one thing for sure. Come next May, maybe June, I’ll be heading over to OCB to see whether the wren has returned there to breed. I don’t want to miss the chance to see this gutsy bird in action. Plus, by then, I’ll probably be due for another scolding.