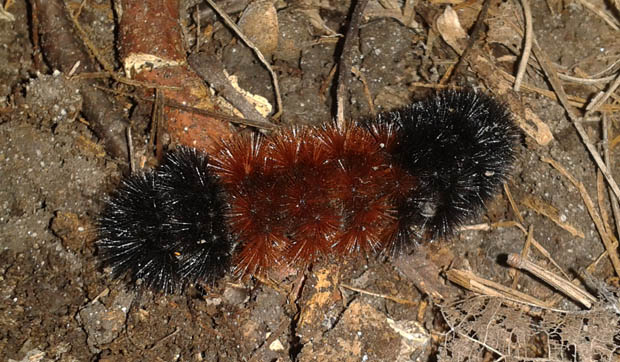 “Where are they now?”

It’s a phrase that seems custom-made for former child stars-those little darlings who sang, danced or acted their way to fame and fortune, only to fade into oblivion the moment a tooth fell out or a pimple popped up.

Remember Buckwheat, of Little Rascals fame? Only because of the Internet, and my good friend Google, do I now know that Billie “Buckwheat” Thomas left acting to serve in the Army, then worked as a film lab technician before dying of a heart attack in 1980.

Or what about Mikey, from the Life cereal commercial of the 1970s? (“He won’t eat it. He hates everything!”) If you Google “Life cereal kid” you’ll learn that Mikey, a.k.a. John Gilchrist, these days leads a quiet life as a husband, father and ad executive living in suburban New York.

This where-are-they-now phenomenon, it turns out, is not unique to Hollywood or Madison Avenue. The insect world has its share of child stars, too – little larvae that, like Buckwheat and Mikey, are instantly recognizable as youngsters, only to turn ordinary when adulthood hits.

The antlion comes to mind. As juveniles these insects excavate small pits in sand or soft soil, then lie in wait for unsuspecting prey – namely ants – to drop by. Quickly and precisely the young antlion, equipped with long, strong jaws, quickly grabs the unfortunate arthropod and quite literally sucks the life out of it. The whole performance is insect drama at its finest.

But then – just like the moment puberty zapped Beaver Cleaver out of the limelight – pupation takes the antlion off the celebrity insect radar. One month inside a sand-coated cocoon and, poof! No more fame, no more glory. Moreover, many field guides note that the night-flying adult antlion is rarely seen and that its habits are “poorly understood.”

Other insect child stars include the bagworm, often seen nibbling on evergreens from inside its needle-covered pouch; goldenrod gall fly larvae, the small worm-like creatures that make those large lumps on the stems of their namesake plant; and tent caterpillars and fall webworms, those gregarious, tree-dwelling caterpillars that live communally in conspicuous silken webs.

And then there is the woolly bear caterpillar: the Shirley Temple of insect child stars.

Black and brown and bristly from end to end, the famed woolly bear is cute as a, well, bug.

As if cuteness and widespread recognition weren’t enough, woolly bears have other claims to fame, too, including folklore that gives them weather-predicting skills. According to the Old Farmer’s Almanac, if the woolly bear’s brown middle band is long and two black end bands are short, then the coming winter will be short and mild. However, if the brown band is short and the black bands long, look out; a long winter is on its way.

Could this be true? Well, another word for folklore is legend, and another word for legend is myth. Alas, the woolly bear is no more capable of predicting weather than a teddy bear. The length of the bands can be a consequence of age (the more brown, the older the caterpillar), growing conditions, and/or genetic variation.

What’s really great about woolly bears, though, is that you don’t have to travel to enjoy them. In our area, they’re out in force right now, ambling their way across footpaths and roadways. Because fall is woolly bear season.

These captivating critters have spent the last couple of months doing what caterpillars do best: eating and growing. Unlike some caterpillar species, who must feed on one particular host plant or die trying, woolly bears are content to graze on a wide variety of plant material – grasses, flowers and tree leaves all are fair game.

But come fall, woolly bears quite literally hit the road, or sidewalk, or bike trail… Their mission is to find a suitable spot to spend the winter. So off they go, in search of leaf litter or loose tree bark, or anything else that might provide a little protection from the elements. They’ll stay safely tucked away until next spring when they will emerge, eat a bit more, pupate … and leave their celebrity status behind forever more.

It is the woolly bears’ destiny to mature into Isabella tiger moths. Despite the fancy name, the moth itself is nondescript. Beige to dull yellow in color, with a few small, black spots here and there and an unremarkable 2-inch wingspan, the adult insects draw little attention and often go unnoticed.

Next spring, should your thoughts turn to cute, fuzzy caterpillars and “Where Are They Now?” take look around. Those drab-looking moths beating themselves silly against the porch light? They just might be former woolly bears.